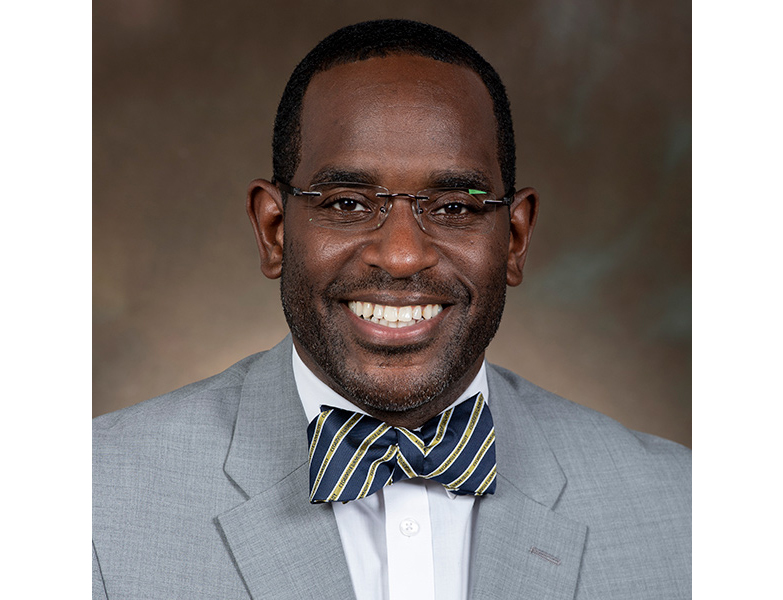 22 Jun Dean of School of Education at Cedarville Announced

Posted at 15:55h in Institution News by Amanda Mlikan 0 Comments
0 Likes
Share this...

Kevin Jones, the new dean for Cedarville University’s school of education, has a vision to see Cedarville graduates teaching in “every city, every church, and every country.”

Jones was most recently the chair of the school of education and human development at Kentucky State University (KSU) in Frankfort, Kentucky. He began at Cedarville this summer. 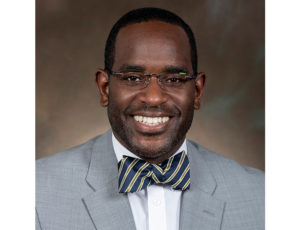 He started his career as a first-grade teacher at Clays Mill Elementary in Lexington, Kentucky, after completing a bachelor’s degree in elementary education at KSU in 2004. Next, he shifted to fifth grade, teaching physical education and health at Watterson Elementary School in Louisville, Kentucky.

When he entered the University of Kentucky in 2005 to earn a master’s degree in education, Jones faced a three-pronged fork in the road: pursue a path toward school leadership, which might result in serving as a principal or a school district superintendent; focus on becoming a leader in education policy and work for a state department of education; or shift to postsecondary education training future teachers.

Choosing the latter option has led him to serve as an assistant professor at Kentucky State; an associate dean of academic innovation at Boyce College in Louisville, Kentucky; and back to KSU before landing at Cedarville. He earned his doctorate in education from Spalding University in 2016.

“My time at Boyce showed me the beauty of being able to have a foot in the public square and in the church,” Jones said. “Cedarville gives me the opportunity to send teachers to public schools, to Christian schools, and to international settings. Every city, every church, every country.

“Students at Cedarville can go places with an elementary education degree that people with a Master of Divinity or a Ph.D. in theology can’t go,” he added. “We’re training students to live out Matthew 28. My hope is we would send out graduates every single year who will teach students the ABCs and math computations — good pedagogical content — and who will also proclaim God’s truth and bring him glory as they have the opportunity.”

Jones is excited about leading a school of education that attempts to view all topics through the lens of Scripture.

“Cedarville has a pedagogical and sociological approach to the way it teaches, but also a theological approach,” he said. “This is what distinguishes us as an institution. The depth and breadth of our scholars teaching in the education program is unmatched.”

Jones cites a number of mentors along the way, including Kevin Smith, executive director of the Maryland and Delaware Baptist State Convention for whom Jones served as a youth pastor in church ministry; Curtis Woods, associate executive director for convention relations, Kentucky Baptist Convention, served as campus pastor at Kentucky State when Jones served as a residence hall director at KSU; and the late Kenneth Chapman, who had served as vice president of academic affairs at KSU.

And then there’s a mentor “from afar,” as he explained — Booker T. Washington. “He founded the Tuskegee Normal and Industrial Institute, now Tuskegee University; it is a phenomenal story,” Jones said. “I’ve been influenced by his writings and utilized what I’ve read from him.”

Jones has already met some of his education students this summer, and he is anxious to begin the school year, especially after the extended time away from campus brought on by the shift to online learning because of COVID-19.

But whether in person or virtually, whatever Jones does he desires to do out of a response to faith. “My faith is my career,” he said. “Even as a first-grade teacher, someone might ask, ‘Why are you working so hard?’ It’s because at the end of my life, it won’t be the superintendent or the principal doing my evaluation, it is the Lord who will be giving out my recompense, my just due.