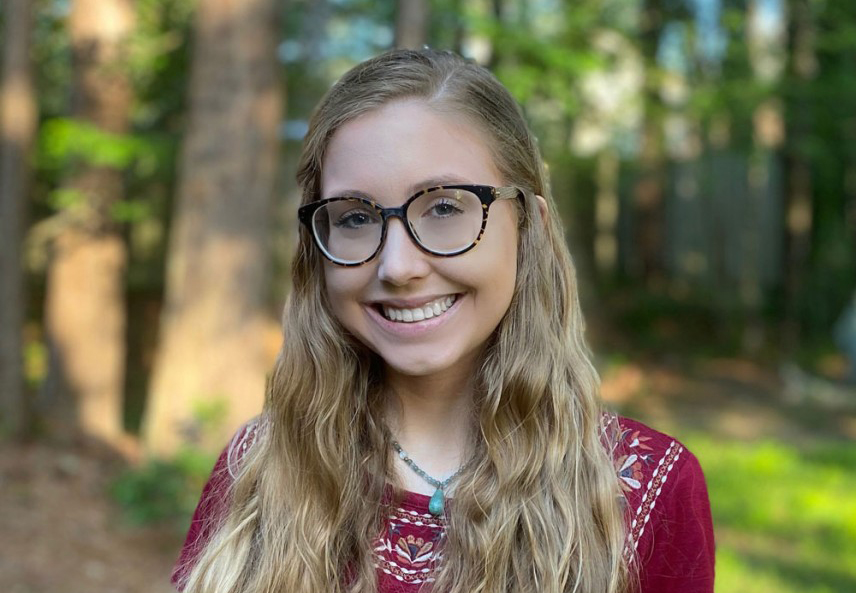 Reese Harper, Wittenberg University class of 2020, is the latest recipient of a Fulbright U.S. Student Program grant. She will work as an English Teaching Assistant (ETA) in Taiwan for the 2020-21 academic year.

Harper, from Columbia, South Carolina, learned of her award in April and was worried that she wouldn’t be able to travel amid the COVID-19 pandemic. Fortunately, although the U.S. State Department has postponed all Fulbright programs until January, she will still be able to use her grant for half a year at this time. 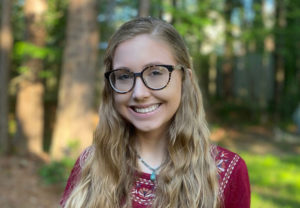 “I was originally supposed to leave Aug. 1st, but that is no longer possible,” she said.  “I will be departing in January and staying through the end of June. And, unofficially, there is a high chance I will have the opportunity to extend my time in Taiwan, but I don’t have all the details on that yet.”

Once in Taiwan, Harper will serve in Taitung County on the country’s east coast, a scenic area with access to the mountains and the beach.

“Taitung was my first-choice placement,” said Harper, who graduated in May with a degree in English with minors in psychology and creative writing. She was a member of the Alpha Delta Pi sorority, Alpha Phi Omega, the Student Advisory Group in English, a senior writer for The Torch, president of The Wittenberg Review of Literature & Art during her sophomore and junior years, and involved in several honor societies during her time at Wittenberg.

“While the east coast is less developed than the west coast in Taiwan, I wanted to live somewhere with lower air pollution and more outdoor activities,” she added. “Taitung is home to the largest percentage of Taiwanese indigenous peoples on the island, and a large percentage of my students will be from those groups. I will either be assisting a Taiwanese English teacher with teaching English or independently teaching in an elementary, middle school, or high school. Additionally, I am required to implement a service project in my community, and I will have the opportunity to enroll in Chinese language classes either at a local university or through private tutoring.”

Wittenberg now has 30 Fulbright winners dating back to 1952 when Barbara Gaver served as an ETA in France.

The Fulbright U.S. Student Program is the largest U.S. exchange program offering opportunities for students and young professionals to undertake international graduate study, advanced research, university teaching, and primary and secondary school teaching worldwide in more than 140 countries. Recipients of Fulbright grants are selected on the basis of academic and professional achievement, as well as demonstrated leadership potential.

Harper, who helped teach English as part of an internship last summer in Nagasaki, Japan, knew she wanted to apply for an ETA somewhere in East Asia since all of her teaching experience has been in that region.

“I wanted to expand my understanding of it, and I ended up narrowing my options down to Korea and Taiwan, since those were the two ETA programs in East Asia with the most open positions and no language fluency requirement,” said Harper, who was also accepted to the JET (Japan Exchange and Teaching) program and the Peace Corps. All the programs have been delayed due to COVID.

“I chose Taiwan because I actually took three years of Chinese in high school, and I’m more familiar with Taiwan’s culture and language than Korea’s. I could only apply to one country. The internship was my first time leaving the country, and I really enjoyed the work I was doing as well as traveling and learning about other cultures, so I began thinking about how I could continue to do those things long-term.”

When she returned to Wittenberg in August, her advisor, Professor of English Robin Inboden, suggested that she apply for the Fulbright program, which has a number of English teaching, research, and study programs in many different countries.

“Dr. Inboden referred me to Dr. David Barry, the Fulbright advisor at Wittenberg, for further guidance. He helped me navigate the whole process as I actually started the application quite late,” Harper said.

The application process opens in spring of the year prior to departure. She heard about the program in August, started her application in September, and applied in mid-October. After turning in the application, it was a waiting game for Harper, who received word in January that she was a semi-finalist. Then on April 7, she received an email informing her she had won the award.

“I can’t thank Dr. Barry enough for his patience helping me brainstorm and editing all the essays I had to turn in for the application,” she said. “I was in his office nearly every other day for a month asking for his advice and revisions. I would like to thank him along with Dr. Inboden in English for being my advisor and believing in my academic abilities, Dr. Stephanie Little in psychology for her constant enthusiasm and inspiration, and Dr. Scott Dooley in art for teaching me how to express myself with my hands and for lots of good conversations.

“Prior to this past fall, I actually thought that the Fulbright was something only language majors and minors could apply for since so many of Wittenberg’s past grantees have come from the foreign language department. I didn’t know that Fulbright has so many different positions in different countries available to people with and without foreign language fluency,” she added. “Wittenberg provides opportunities for growth in many areas. I have been able to pursue studies across multiple departments, engage with the Springfield community through service, and have a fulfilling social life through the Greek system and other student organizations.”