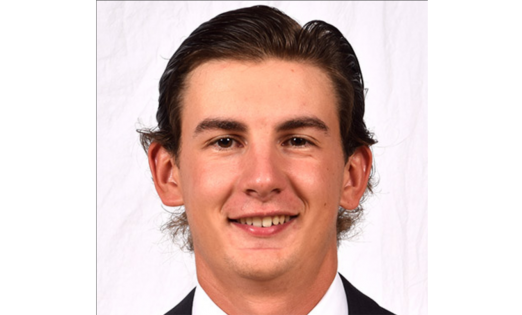 Because of the skills and network he’s developed through Ohio Northern University, accounting major Ian Pennino got a head start, becoming one of several ONU students to receive an impressive finance job offer before even graduating. 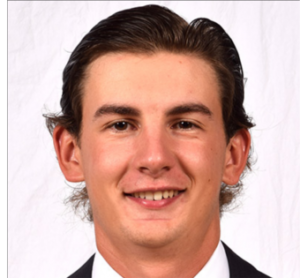 Originally from New Jersey, Ian came to ONU to study business and play lacrosse, but little did he know that his experience had much more in store for him. From day one, he began building relationships with his teammates, coaches, classmates and professors. Through the Dicke College of Business Administration, he learned how to network and make the most of every opportunity to meet new people. If he’s learned anything in the College of Business, it’s that “you never know who or what could help open doors for your future.”

Those networking skills came in handy when Ian worked as a golf caddie at a local country club near his hometown over the summer. One weekend, he was grouped with a young broker who worked for Aon Risk Solutions, a large global professional services firm.

“He and I hit it off, and he eventually asked about my future plans,” he says. “A few months went by, and he contacted me seeing if I was interested in Aon’s intern program. I quickly agreed to have my name be considered for a position there. Next thing I knew, Aon was flying me from Ohio to New York City to be interviewed for a position.”

Ian was offered the position of risk analyst intern and given the responsibility of analyzing past sales data to help current brokers and producers make new sales. He also researched many new companies in the Greater New York City area that were fit to become possible new clients for Aon.

During his internship, he continued networking, and he even crossed paths with an ONU alumnus named Eric Seyfried, JD ’95, managing director and East Region lead broking officer at Aon’s New York City office. It was this professional connection and Ian’s diligent work ethic that led to him being offered a full-time position at Aon upon graduation.

“The main takeaway I had from my internship experience was the importance of building a professional network,” he says. “The connections I made during my short summer at Aon have proved to be beneficial as I move closer toward my start date. Building these relationships in the office not only allowed me to enjoy my day-to-day, but also opened many doors for future opportunities.”

Of course, this is just the first chapter of his budding career. He hopes to make his way up the ladder to more advanced positions, and he looks to shift his focus from an accounting role to more of a finance career.