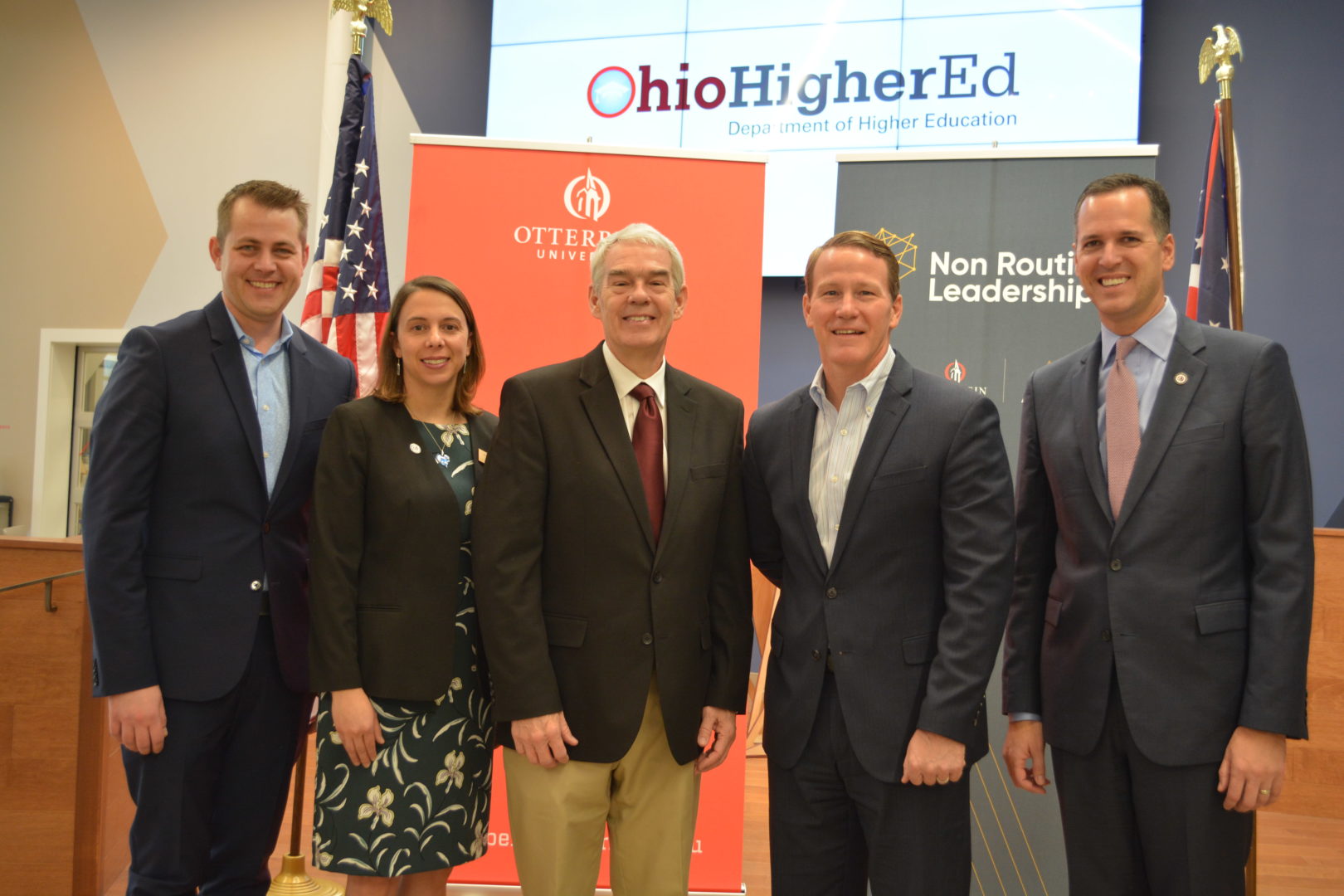 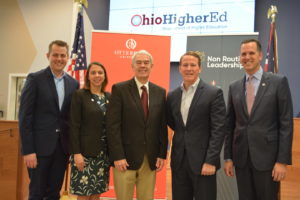 Leaders of Otterbein University and ALLOY were joined for the announcement by Ohio Lt. Governor Jon Husted, who leads the state’s Office of Workforce Transformation. “The partnership announced between Otterbein and ALLOY not only helps fulfill a critical need in our state to close the skills gap, but it is also a great example of collaboration, which is a crucial step in strengthening Ohio’s workforce,” said Lt. Governor Husted.

Otterbein President John Comerford said this partnership aligns with the University’s commitment to supporting workforce development by hosting ALLOY instructors with decades of Fortune 500 experience to teach professionals to rapidly up-skill, re-skill, and poly-skill in high-demand areas of expertise.

“Otterbein’s commitment to innovation means we are constantly asking ourselves how to anticipate the rapidly evolving needs of our industry partners,” said Comerford. “Otterbein’s partnership with ALLOY gives central Ohio leaders a new solution to up-skill their capabilities at the speed and complexity this economy demands.”

Jeff Dickson, Principal of Ohio-based ALLOY, said that a new leadership mindset is necessary, as non-routine challenges rise at their fastest pace in history. With non-routine work, the job of leaders and their teams is to come in every day and redefine the work and how to do it. At the current trajectory two out of three jobs will be defined as non-routine by 2027 (Census Bureau, Current Population Survey, 2016).

The courses will be a new addition to Otterbein’s ongoing commitment to workforce and economic development in central Ohio. Resident companies, including JPMorgan Chase, Nestle, Nikola Labs, and others, have helped The Point generate 113 new jobs and $16 million in payroll in three years.

View the upcoming courses at Otterbein’s website. Learn more about the university and its programs at otterbein.edu.