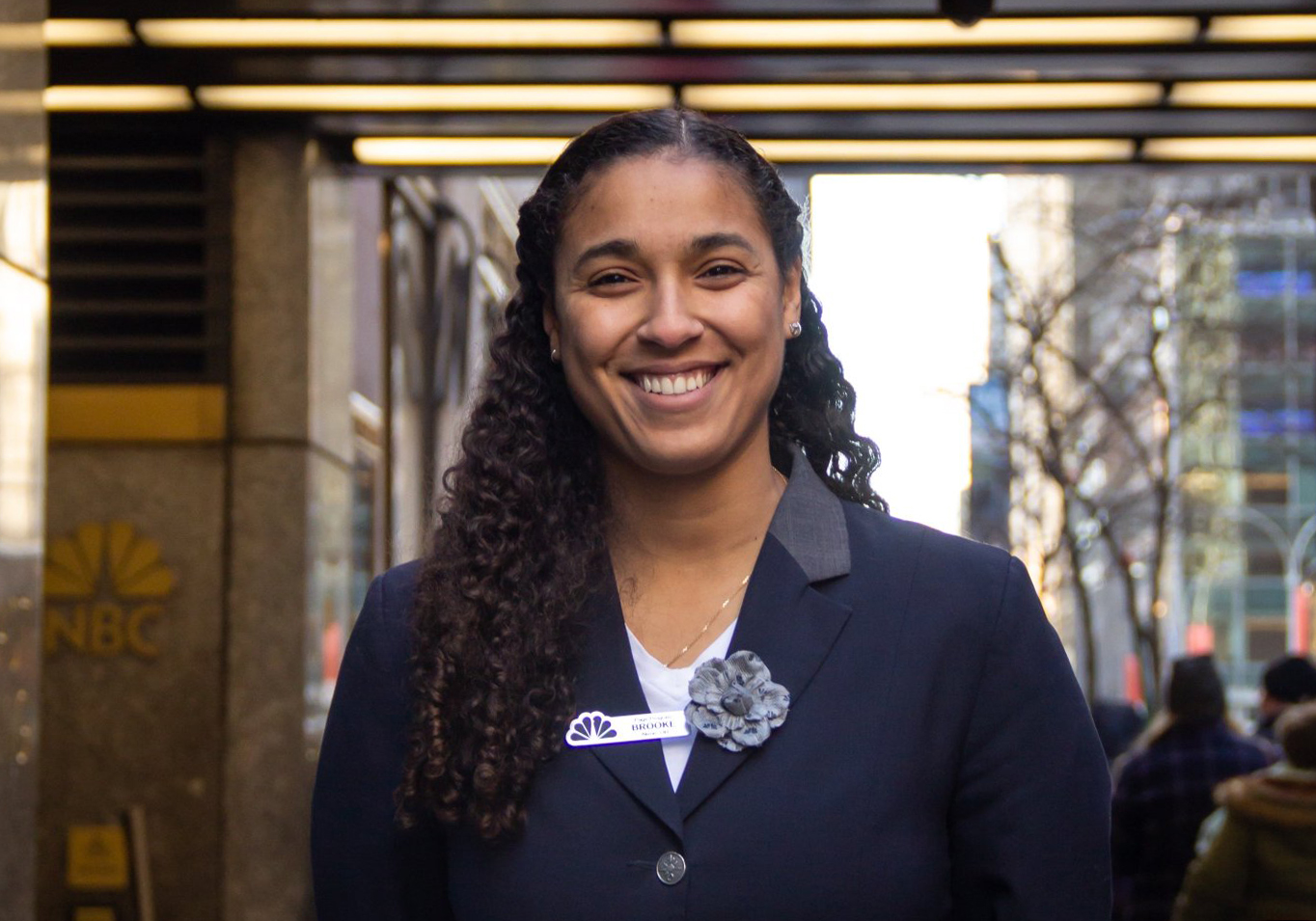 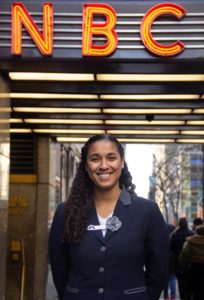 Walsh University alumna Brooke Morgan ’17 always knew she wanted to work in media. After several years in various marketing roles, she decided it was time to follow her dream and applied for the highly competitive NBC Universal Page Program in New York City. After multiple tries and an extensive vetting process, you can now find her wearing the iconic NBC blue blazer at 30 Rockefeller Plaza and walking in the footsteps of former Pages like Regis Philbin, Willard Scott, Aubrey Plaza, Ted Koppel and Michael Eisner.

“Without the guidance and help from Walsh University, I doubt I would’ve gotten the chance to interview with the NBC Page Program,” said Morgan. “Today, I’m living in New York City and working for shows such as The Tonight Show with Jimmy Fallon and The Today Show.”

Established in 1933, the NBC Page Program is the premier early career development experience in media for college graduates. Throughout this 12-month rotational learning and development opportunity, pages gain exposure to almost every aspect of the media industry, including ad sales, corporate diversity and content distribution.

Morgan credits the assistance she received from the Walsh Career Readiness and Development Center in helping her to prepare for the extensive vetting process. The highly coveted positions attract thousands of candidates for each cohort. Yet, only 20-25 applicants are accepted. The selection process includes a preliminary video interview before finalists are invited to New York City for a rigorous interview schedule that includes a panel interview, two-minute unaided presentation, a solo interview and then finally a group project. Two weeks after her interview, Morgan received an email that she was hired.

“The professionalism I learned from Walsh really set me apart from the other applicants,” said Morgan. “I called the Career Center when I was first applying and scheduled a resume review. They also set up a mock interview to help me practice for the Page Program. I would encourage any students or alumni looking for career advice to utilize the Walsh Career Center. I walked into the final interviews with a confidence I never felt before.“

While at Walsh, Morgan was a double major in Corporate Communications and Graphic Design. A member of the women’s basketball and golf teams, her career path after graduation centered on athletics with positions including the Professional Golfers’ Association of America (PGA).

“After a year in the golfing industry, I realized it wasn’t too late to change course and go after my dream career,” said Morgan. “Instead of sticking with something that was safe and familiar for me in athletics, I decided to take a leap. I’m so excited to learn and explore all of the aspects of this complex industry in one of the largest media companies in the world.”

Learn more about Walsh University programs at the institution’s website.