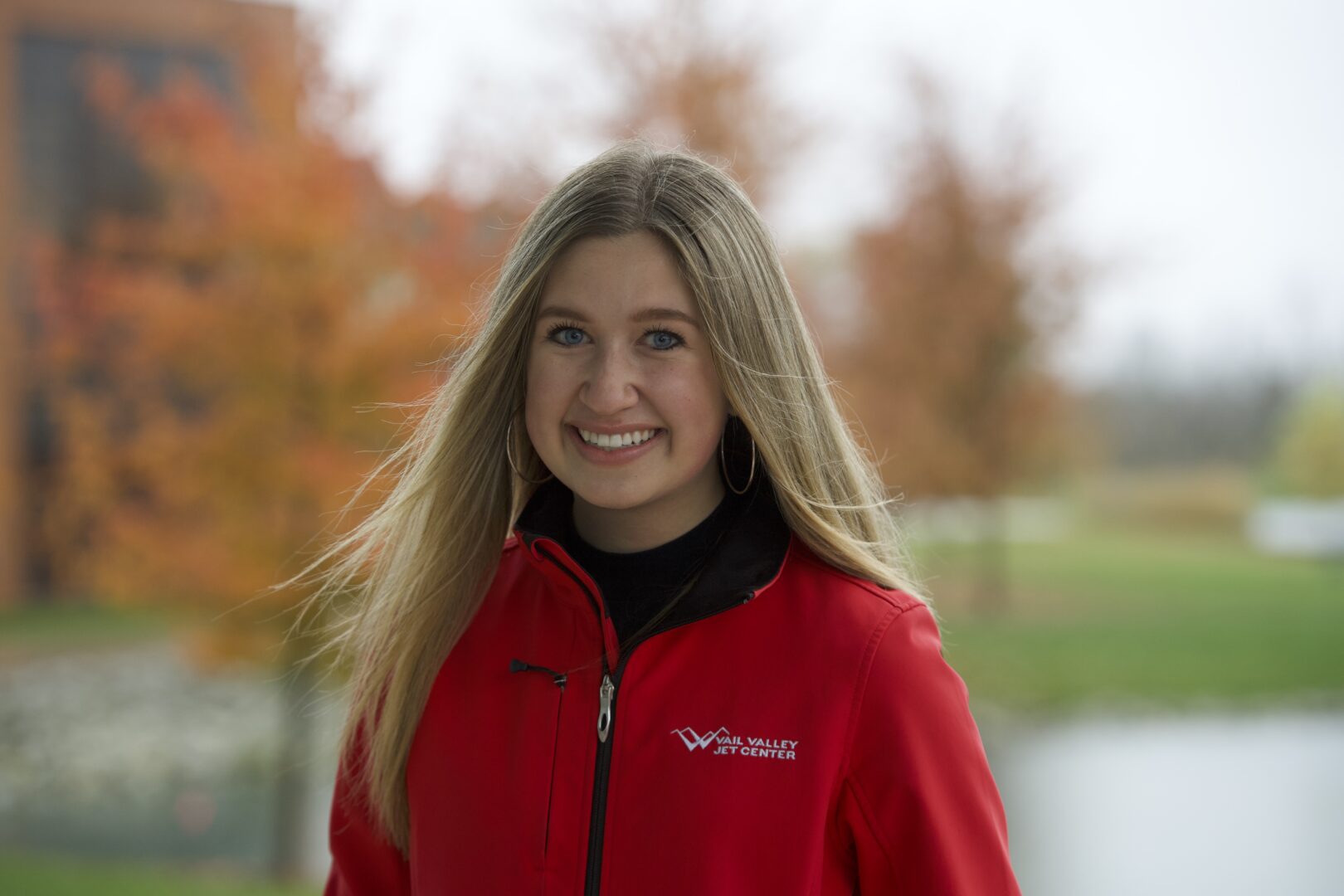 While many college students spend their Christmas breaks babysitting children or stocking grocery store shelves, sophomore Megan Collom an English major from Eagle, Colorado, will be handling baggage and packing cargo holds at a private airport in Colorado during her extended break from Cedarville University. 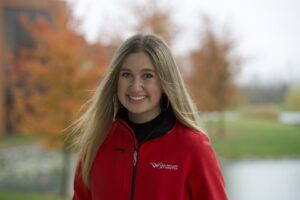 Collom works as a ramp agent for Vail Valley Jet Center in Gypsum, Colorado, while home during the winter and summer months. Typical responsibilities for Collom include directing planes in for proper landing, handling customer baggage, relaying catering orders clients make for their flights and communicating fuel orders from pilots.

Cedarville’s semester concludes November 24, and Collom is already scheduling her shifts for the winter season.  Her first day back at the jet center will be November 30, and she will continue working 40-hour weeks through January 15, when she will return to Cedarville. Classes in the spring semester begin January 19.

The private jet center, which specializes in first class service for high-end clientele and private aircrafts, has employed Collom seasonally since spring 2019.

“I thought I’d applied for a counter job where I’d be checking bags and printing boarding passes. I actually got the job I have by ‘accident,’” Collom shared. “I showed up to my interview dressed business-casual, but then two sopping wet, super tall men came in and explained that the job was actually lots of lifting bags, parking planes and driving cars. They said I was the nicest interviewee they’d talked to on the phone, so the job was mine if I wanted it.”

Collom, who stands 5’3”, is the center’s smallest ramp agent. Even so, she has kept up with the physical demands during the world’s busiest seasons of the year — summer and Christmas — without a problem.

Because the airport caters to high-end customers, Collom has encountered a handful of celebrities, including Celine Dion, Mikaela Shiffrin, Melinda Gates and Jay Leno.

“Jay Leno was super kind,” Collom noted. “He came off his plane in a denim jumpsuit, told us not to worry about carrying his bags, and just talked with us for a bit. Celine Dion was fun too. She came off the plane with her grandkids wearing bright pink boots and a giant puffer jacket that said ‘Queen’ on the back, and she fistbumped all of us.”

As the center has continued to welcome businessmen and women, families, international athletes and tourists from across the globe amidst the COVID-19 pandemic, it has adopted a multitude of precautionary measures to ensure safety.

“We wear masks at all times, use gloves while handling bags and shuttle cars and sanitize the cars for each flight crew use,” Collom said. “There is also a lot of communicating with clients about what their preferences are and having luggage handled so they can know that they’re cared for, but from a distance.”

As the fall semester concludes, Collom is already scheduling her shifts for the winter season.

“I love my job,” she shared. “It’s fun because it’s something I never would’ve seen myself doing, and it’s such an odd, niche thing to know about. Getting to understand the inner workings, interact with new people and trust the efficiency of our team makes it so enjoyable to come back to each time.”