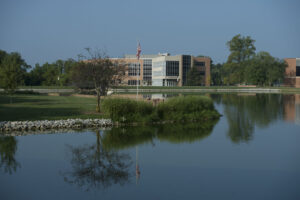 The Cedarville student residency match process isn’t over yet, and Chen has high hopes for Cedarville’s postgraduate year one (PGY1) residency placements since Cedarville’s match rate has been consistently higher than the national average.

“Cedarville University School of Pharmacy graduates continue to be highly sought-after, practice-ready pharmacists,” said Dr. Jeffery Bates, dean of the school of pharmacy and associate professor of pharmacy practice. “We were blessed to have all 13 of this year’s PGY2 candidates match with residency sites around the country.”