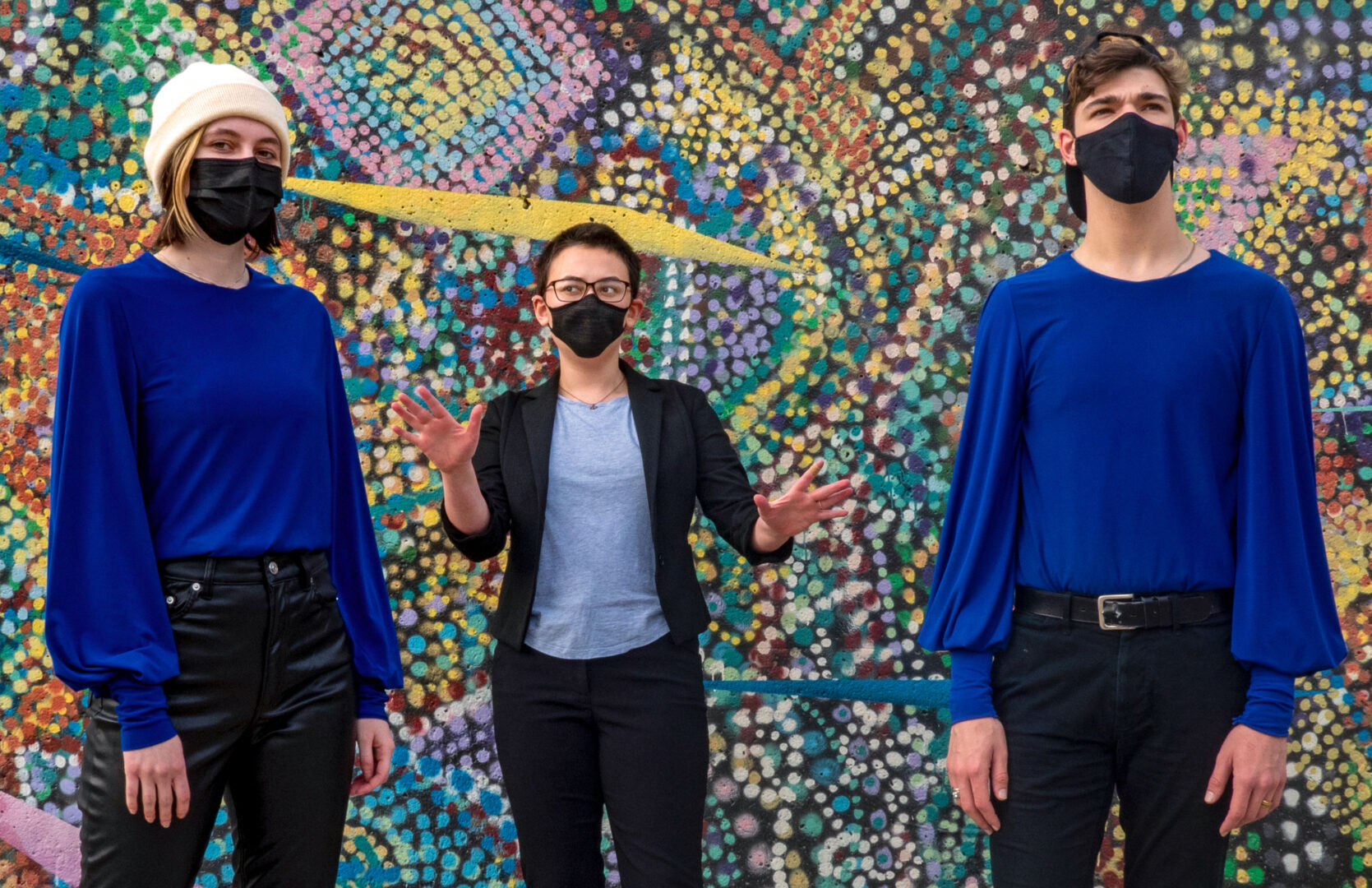 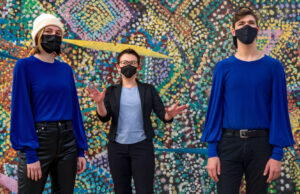 “Twelfth Night, 2020” will be performed at 7 p.m. April 23, April 24, April 30, and May 1, and at 2 p.m. May 2 in Ohio Wesleyan’s outdoor amphitheater, located beside Hamilton-Williams Campus Center, 40 Rowland Avenue, Delaware. Admission is free, but people must register in advance to help ensure public health guidelines are met. To register, visit www.owu.edu/TwelfthNight,2020 or contact the box office at (740) 368-3855.

“This is the first time any full-scale faculty-directed and designed production will take place in the amphitheater, and we want it to be a meaningful, positive, and welcoming experience for all,” said Sadler, a 2005 Ohio Wesleyan graduate. “I hope that we can fit as many people as COVID spacing allows into the amphitheater to see the show on a nightly basis.”

“‘Twelfth Night’ is my favorite play of all time, and the only play that I have performed twice in,” said Sadler, a professional actor since 2011 and OWU instructor since 2014. “I was inspired to update it because I feel that live theater, especially right now, has an obligation to speak to some of the extremely important issues in the world.

“I wanted to see if I could create a new adaptation of my favorite play that spoke to some of these issues and was still entertaining, powerful, and, at times, even funny,” he said. “I also thought that some of the circumstances of the plot would lend themselves to what I wanted to explore. For example, in the original text, the protagonist, Viola, thinks that her twin brother died when the boat they were on sank just before the play begins. I had the idea to turn the shipwreck into a protest being broken up violently, separating the twins in a new way.”

Sadler also wanted the play to unite audience members, speak to important community issues, and support organizations that “work for our society’s betterment.”

“After they attend this production, I want viewers to gain an awareness of the importance of LGBTQIA+ representation and inclusivity and how important peaceful protesting is as a way of allowing marginalized groups to voice their concerns,” he said. “Also, by attending the productions, we will hopefully put (audience members) in touch with different community organizations that they can help to support.

“Of course, I also hope that they laugh when the play is funny and feel moved when the play is compelling, but I very much want the quality of the show to be what draws people in to engage with the community issues we highlight and organizations that we promote,” he said.

Sadler said he worked with many students on the script and the upcoming production including Bella Hintzman (stage manager), who along with student-actors Jasmine Lew (“Olivia”) and Camy Dodd (“Fabiana”) provided “valuable insight into issues that they are more equipped to speak to than I.”

As community outreach head, Vero Tai-Padron, a first-year student from Dorchester, Massachusetts, has been planning a series of “Twelve Days of Twelfth Night, 2020” programs, scheduling different community groups to participate in issue-based conversations and other events for each of the 12 nights leading up to the play’s April 23 opening.

In addition to raising awareness of the play, Tai-Padron said, the “Twelve Days” initiative is intended to spotlight the LGBTQIA+ and POC (People of Color) communities.

“I want people to learn about these communities,” said Tai-Padron, a politics and government major. “For people to understand, truly understand, the discrimination POC and other minority groups go through every day, we need to be educated. We need to immerse ourselves in different cultures and figure out what is working and what is not working. …

“There are COVID-related advantages to performing outdoors, but this comes with some challenges as well,” Sadler said, noting that the production includes 15 student-actors.

One of those challenges is to help students “find the type of vocal power, flexibility, and stamina that they need when performing outside,” he said.

To help with this specialized training, Sadler used some of his grant funds to schedule a Zoom workshop with Kathryn L. Johnston, associate professor of voice and speech at Florida Atlantic University and a certified teacher of the Fitzmaurice Vocal Technique.

And to help the student-actors prepare for the physical needs of performing outdoors, Sadler arranged a second Zoom workshop with Lionel Walsh, master teacher of the Michael Chekhov Technique, an associate professor at the University of Windsor in Canada, and a founding member of the Great Lakes Michael Chekhov Consortium.

Sadler, also a certified teacher of the Chekhov Technique, said the training should help students to make “fully realized, clear physical choices onstage,” enhancing the experience for the audience.

Advice for the Audience

Those planning to attend a live performance of “Twelfth Night, 2020” will need to wear a facial covering and bring their own chairs or blankets for the grassy seating area. Chalk circles will indicate appropriate places for those who come together to sit to help maintain physical distancing.

Sadler plans to provide wheelchair seating, but notes it may be at a significant angle to the stage. He also notes the performance includes depictions of protesting violence and is recommended for those age 15 and older.