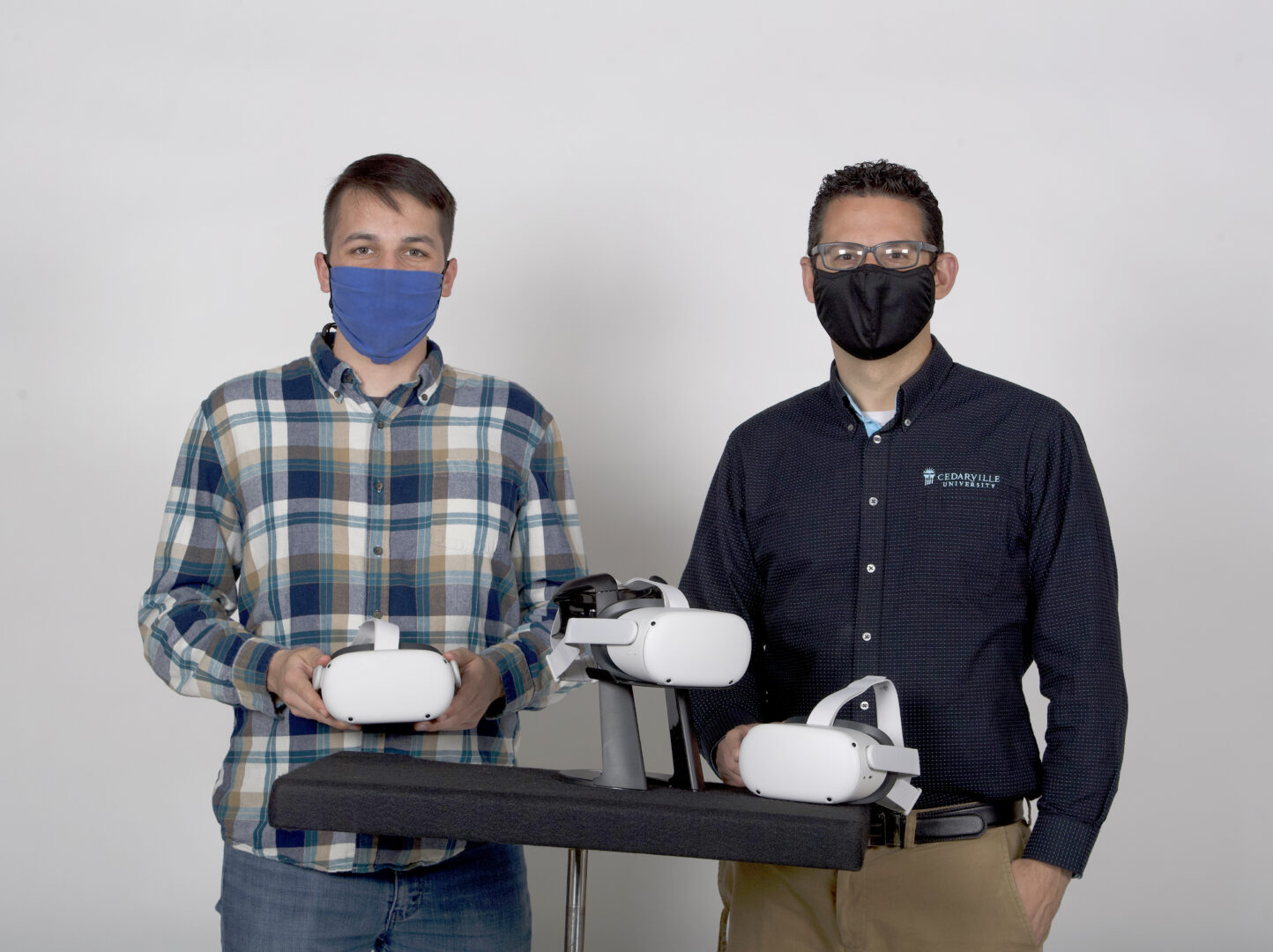 Jackson Bishop, a senior computer science major from Findlay, Ohio, has been developing a high-tech tour app that will be used at Cedarville University to help users explore what their reality at Cedarville might look like. Bishop has collaborated with Chad Jackson, director of creative services, over the past year to create the custom virtual reality (VR) app for the university. The app, which operates through Oculus VR technology, will debut in June at the annual Southern Baptist Convention (SBC) conference in Nashville, Tennessee. 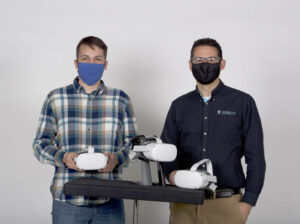 “Every summer, we go to the SBC convention and set up our university display booth,” Jackson said. “We’re always looking for ways to attract people to our space, and for those who come up to us, we want their experience to be about Cedarville. We hope they learn something about the school and that younger audiences will remember us for the future.”

“Our goal is to create an engaging, easy-to-use presentation that shows off what makes the Cedarville campus so unique through 360 degree photos in a VR headset,” Bishop shared.

Jackson came up with the idea for the app project when thinking through the 360-degree photos that Cedarville’s online residence hall tours utilize. In the initial phases of the project, Jackson and his team worked with Google cardboard and View Master VR headsets. Then, two years ago, the marketing team switched to Oculus GO.

As the technological demands of the project grew, Jackson sought out additional help. He reached out to Dr. George Landon, professor of computer science, who connected him with Bishop. Jackson oversees and manages the project, while Bishop handles the programming.

“It took several weeks to come up with a proof-of-concept to see if what we wanted to do was possible with the tools we had,” Bishop shared. “Once we were sure we could show 360 degree photos in the headset and operate the tour without controllers, it was a matter of deciding how we wanted to present the tour and then building features and fixing bugs as we went.”

“As far as what this looked like for us as a team, that’s the story of 2020: remote work and weekly Zoom meetings,” Bishop added.

Currently, the team is fine-tuning their functioning draft. Bishop is finalizing components of the unguided tour option, which allows users to peruse the campus freely. They are also going through the process of uploading the draft to the Oculus beta app store.